I keep expecting to see a faun with a red scarf. 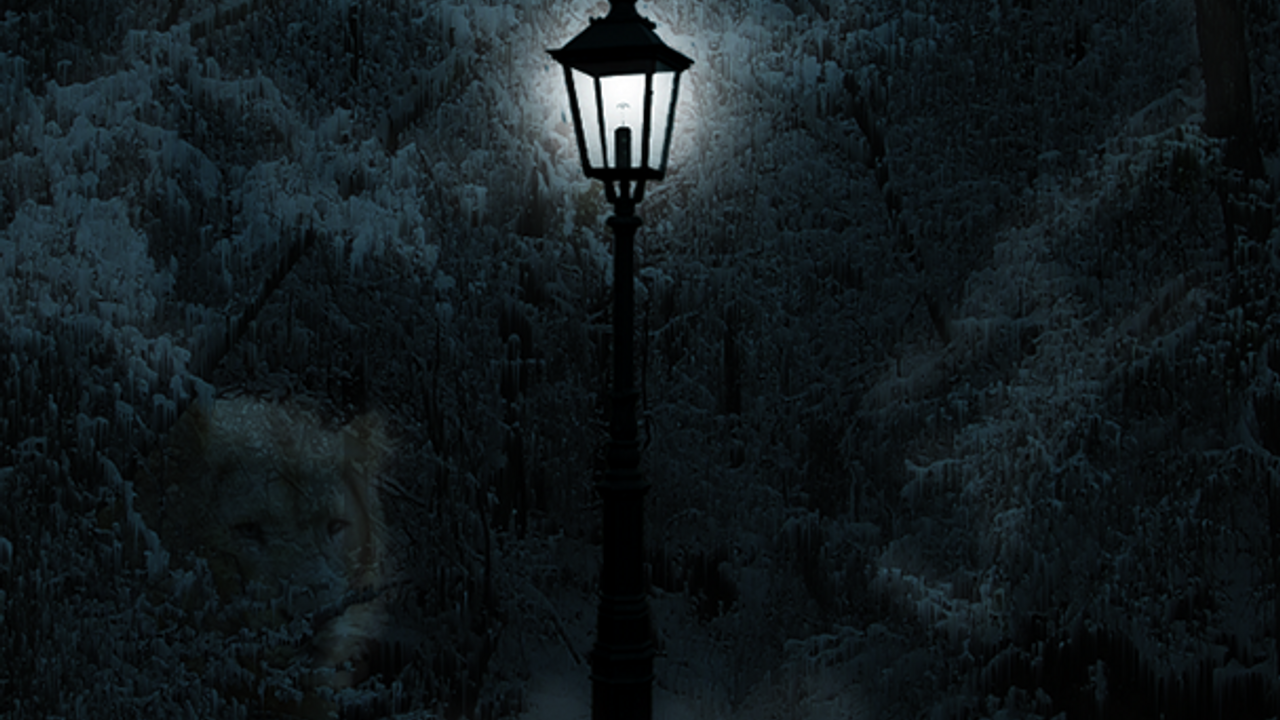 My new farm came with a lamp post. I didn't think anything about it until late one night when I looked outside and saw it glowing and was immediately transported into my 8 year old body reading about Lucy meeting Mr. Tumnus in The Lion, the Witch, and the Wardrobe. The book was just a book back in 1977 so the look of it was all in my imagination. In my mind, the lamp post looked just like mine does, placed at the edge of a forest, lighting the dark and every time I go outside at night there is this tiny moment where I expect to see a faun with a red scarf waiting for me.

I was introduced to the book when we started going to a church in Anaheim, California called Melodyland—it was across the street from Disneyland which oddly suited it. It had been a "theater in the round" in the 1960s and hosted Broadway musicals as well as the Grateful Dead, Simon & Garfunkel, and the Mamas and Papas before it was turned into a church. 8 years later, there we were, part of their wild, 1970s born-again Christian revival. 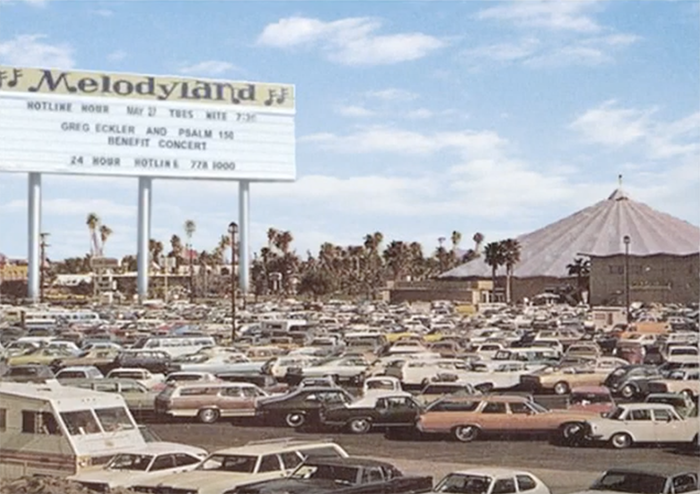 They were a dichotomy of strange and weird and fear mixed with love and joy and wonder.

According to them (and the book of Revelations in the Bible) the world as we knew it was ending at any moment and we needed to stockpile food and water. My dad, being a child of Great Depression Era parents, immediately started building a huge wall of shelves in our garage and stocking them with 1970s staples like logs of Velveeta cheese, Spam, canned soup, and crackers. Every time we finished a gallon of milk he would wash it out, add water and a couple drops of bleach and store it under the shelves. We would have been set for weeks before we had to start eating each other ;-)

There was so much fear that what was going on in the Middle East and Russia was exactly what Revelations predicted. I was petrified. Trying to calm my fears, my parents would tell me that we probably wouldn't need all that food anyway, because the Rapture would likely take all of God's chosen before the fall of humanity. In the privacy of my own room I renewed my born-again status everyday, sometimes multiple times a day, expecting that the end was near and if I wasn't ready I would be left behind.

My brother was just 3 and he still remembers the fear. Now, as an adult, it's so interesting to see the differences between adults and children experiencing the same thing. My parents were happy, elated even. They felt they had finally found the thing that they were looking for. Christianity filled a hole for them.

And there was good. Through that church I was introduced to the "Gifts of the Spirit" which included healing and prophecy. I was just writing about healing and seeing, hearing, knowing, and feeling (clairvoyance, clairaudience, claircognizance, and empathic abilities) last week, you can read that here. As I grew up, I began to realize that they really meant that only men could do those things but it was TOO LATE haha! I think that was the beginning of the downfall of the church in my mind. Later I realized that divorce, homosexuality, not being born-again, and so much more meant that you weren't going to go to heaven.

I can remember asking my mom when I was little, "So, if someone way out in the middle of Africa is a really good person but has never even heard about Jesus—they're going to hell when they die?" Her response was what I needed to hear, "No, I don't believe that." That opened my young eyes to the idea that I didn't have to fall hook, line, and sinker.

As an adult I left church behind. The types we were going to didn't resonate with me. Will I ever go back? I don't know. After moving back to NC, which I said I would never do since I loved CO so much, I really do have to say, "Never say never." Do I have a religion? Uhhh, would my own made up religion count?

Here's what I believe:

I believe in equality for all.

I believe that all religions have a golden core of love, compassion for self and others, learning from mistakes, growing, and then passing it on.

I believe that there are many paths to God’s love.

I believe in the value and golden core in all belief systems.

I believe and listen to what the animals and the natural world tell me, as they are conduits of that golden core of love.

I believe that prayer is us reaching out to God and meditation is going within and listening for answers. Nature and animals help us achieve this listening state.

I believe in utilizing things from many walks and am open to new ideas that resonate with my soul.

What do you believe?

Thanks for reading :-) My blog is reader-supported—that's you my awesome friends! The best way to support my work is to: Commission a painting of your pet or to bring your logo idea to life, buy a tshirt or a print with my artwork, Zoom coaching (feeling anxious, stuck, or out of sorts?), or if you're local (Triangle are of NC) Equine Gestalt Coaching or NeurOptimal Neurofeedback. And remember to forward this email to a friend and Subscribe to my YouTube channel!

If a friend forwarded you this email, you can subscribe here! 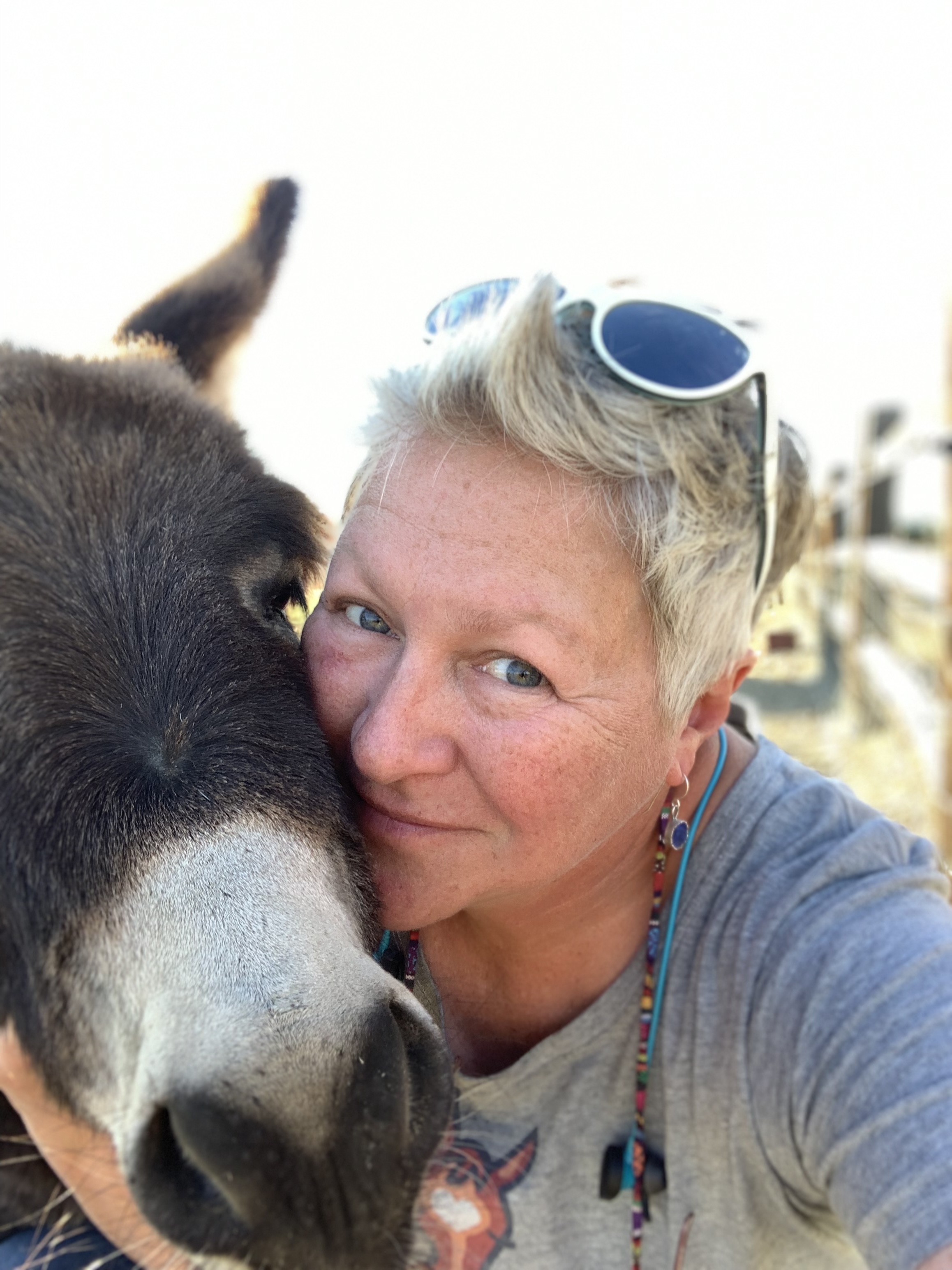 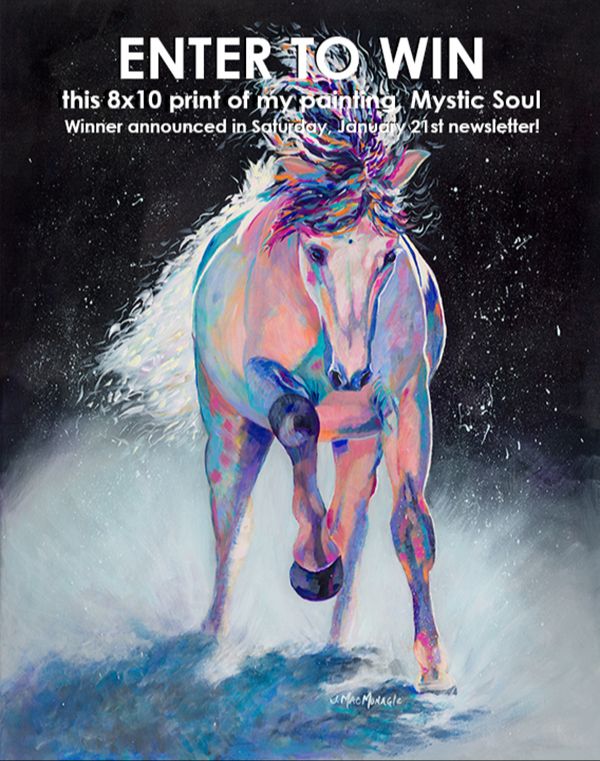