The horse, the dream, the memes 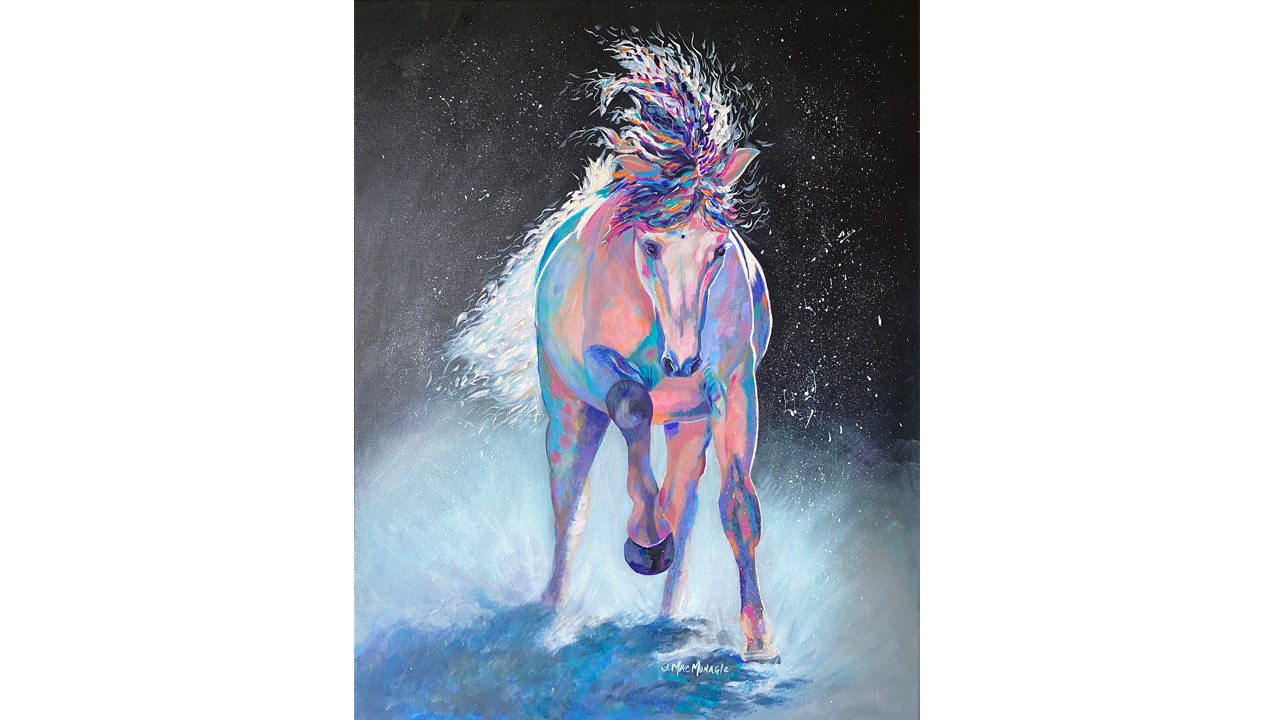 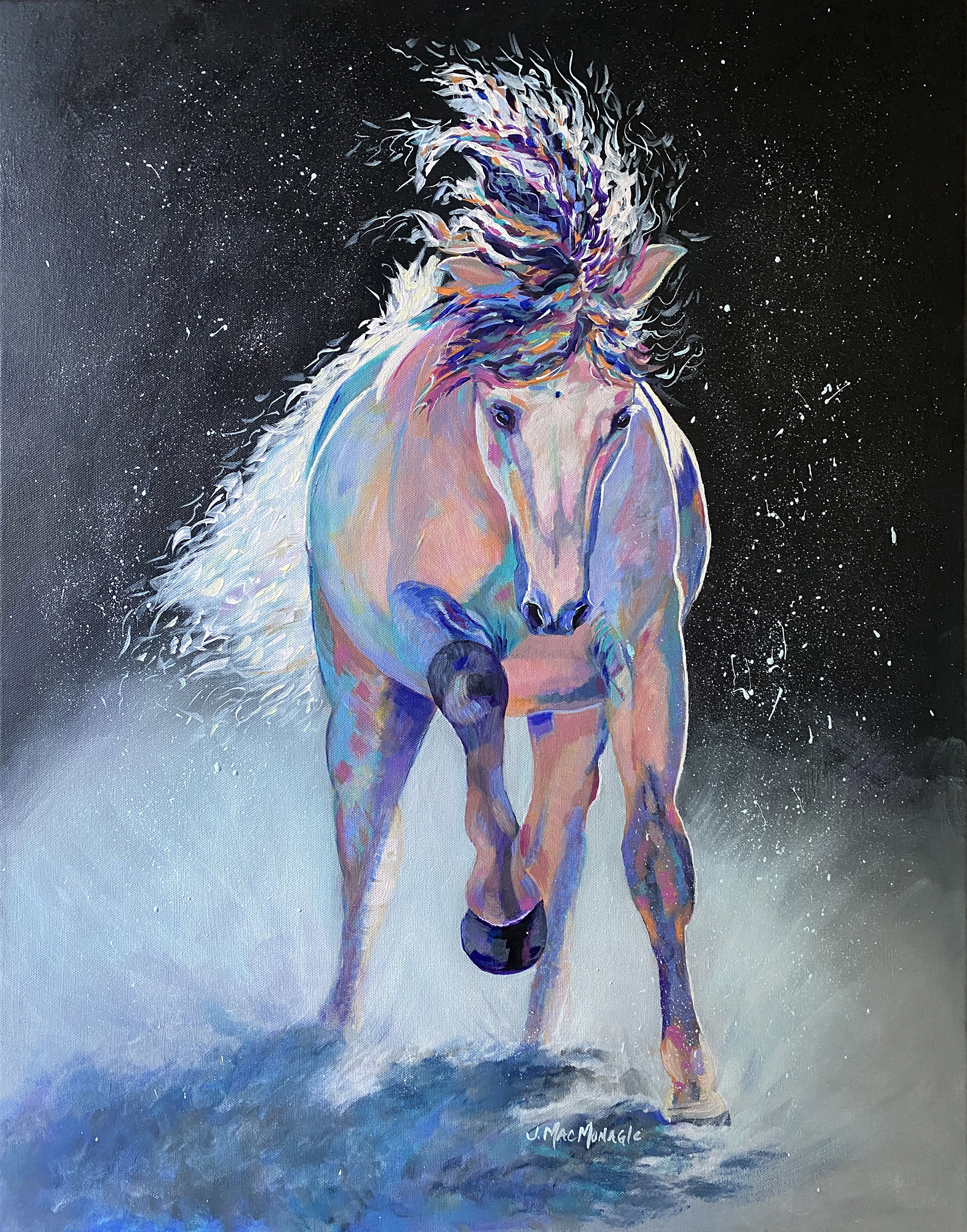 It's done! 22x28" which is the biggest canvas I've painted so far. I'm kinda thrilled with it!

And I promised that I would share a few of the stages a painting like this goes through, aka "the ugly stage": 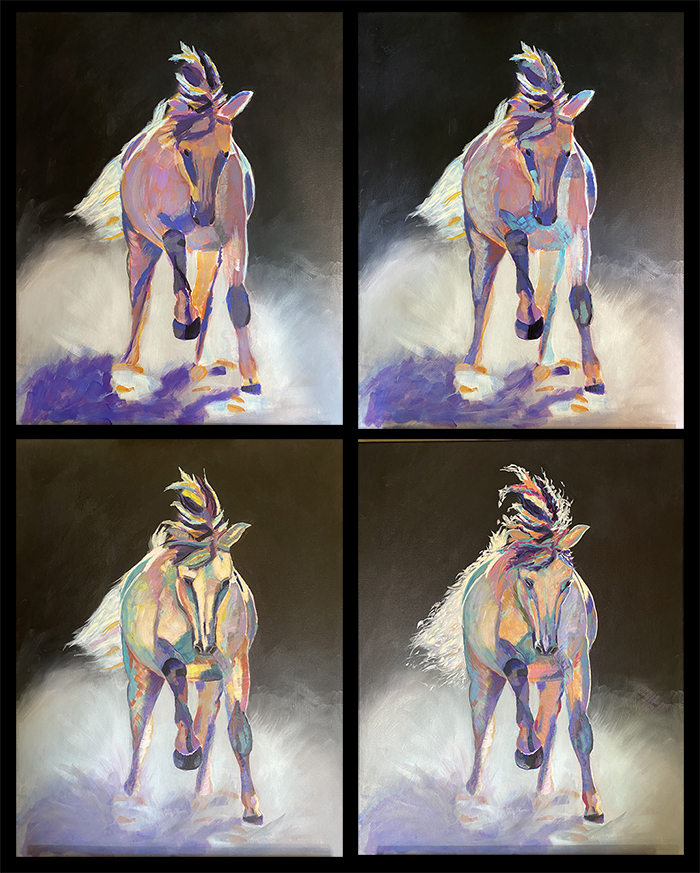 I loved the process and end result so much that I jumped right into another one that's even bigger at 40x16"! Another horse that's charging right at the viewer but much darker colors—lots of reds and oranges. I can't wait to show you!

An interesting aside that I'm exploring as I spend time painting lately...I feel SO MUCH GUILT for it. Curious. I wonder what that's about and where it's coming from.

•September 16th, my 15th blogging anniversary! Wow! This is my 4th blog! I keep asking Kajabi, the platform I use now, to figure out a way to easily transfer older blogs here but they haven't done it yet darn it. It would be so nice to have them all in one place.

•Also September 16th—the 15th anniversary of the referral of ManChild and his twin sister Maddie! It went like this:

At 8:05am I was eating a bowl of cereal and checking email because a fellow adoptive mom named Grace had sent me a text saying, "He's emailing!" (talking about our Ethiopian agency director.) And there in my inbox was an email saying, "We have infant boy/girl twins for you. Call me in ET so we can talk more." I remember bursting into happy tears and calling Brad who could barely speak for the shock of it. One of the happiest days of my life. What joy! They were just 3 months old. Maddie on the left and ManChild in the pink on the right. The only way I could tell them apart was their eyebrows. Hers were straight and full, his faded out toward the ends :-) Those lips, so absolutely precious. 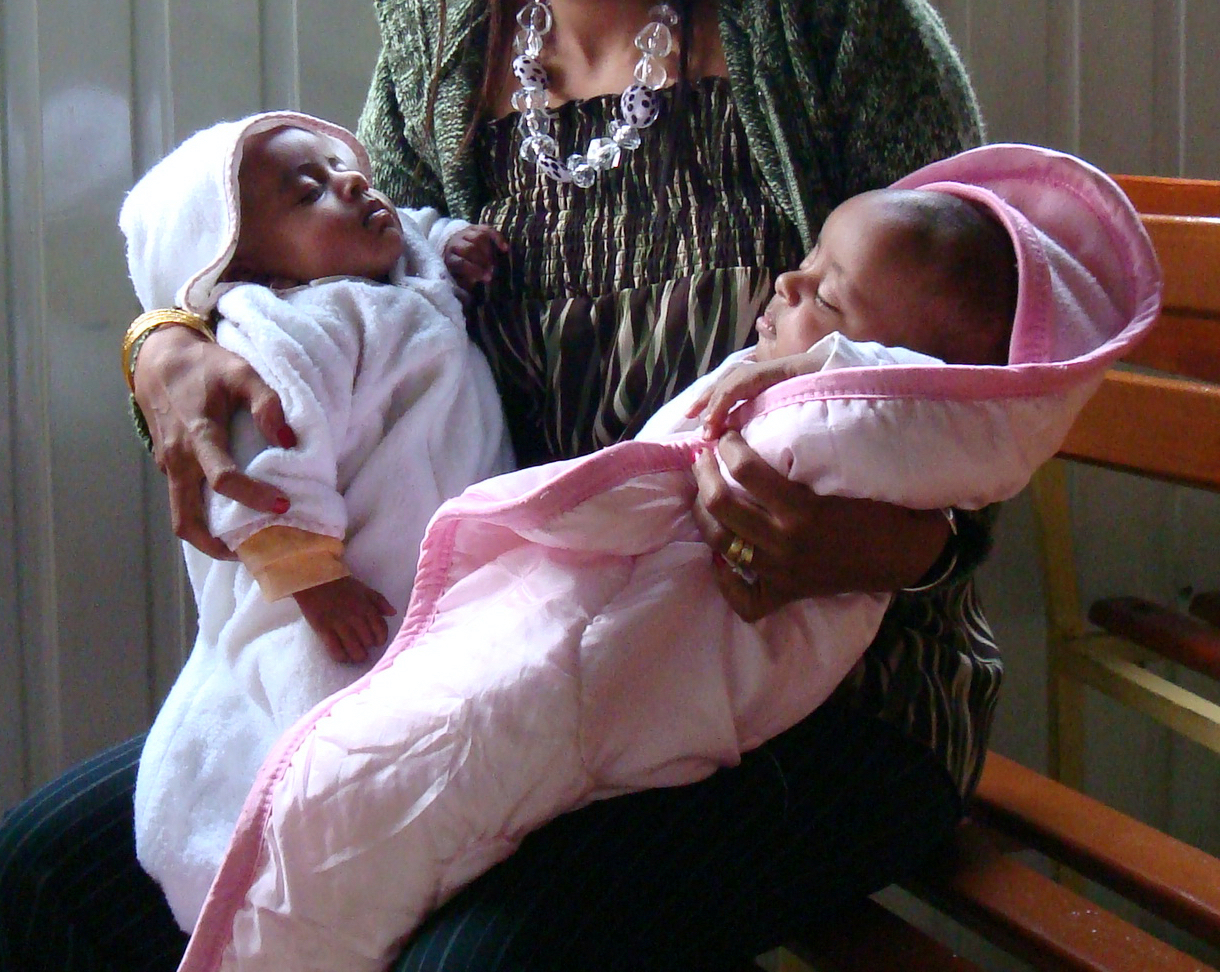 Little Maddie passed away when they were just 5 months old before we could get to them. ManChild went into the hospital twice after that for a week each time with pneumonia. Did you know that energetically, we hold grief in our lungs? 15 years later and ManChild and I still wonder what our lives would have been like with her. 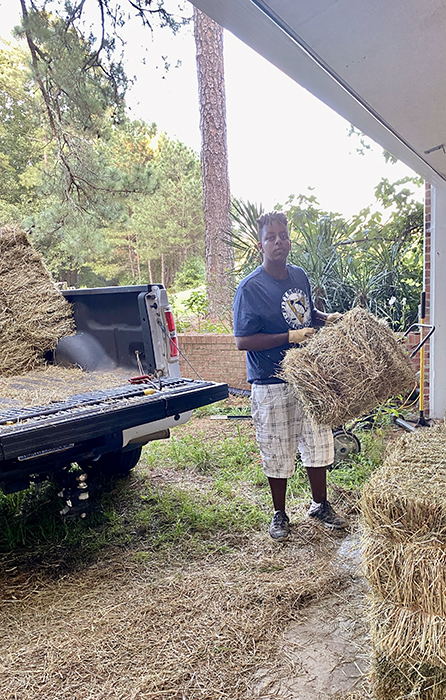 I had this strange dream this week but what a wonderful ending! Here's a little peek into my dream journal:

There was a woman who was offering ManChild an antihistamine right in front of me who said, "Here take two, or better yet, three." Suddenly I saw her in all her toothiness and grins for who she was, Evil. I told ManChild to come with me. When she saw that I knew who she was and was PISSED. She made fun of me, tried to belittle me, put me down in front of others so they would see me as less than.

I started showing others who Evil was.

One young woman I was standing with in a crowd needed to see who she was, as she was on the edge of not living her light. I pointed across the parking lot where Evil was standing and entertaining a group of people. I lined the young woman up with me and pointed in front of us so she could see. She couldn't. I described her: black jacket, periwinkle crop top, belly showing, carrying two huge tan purses...no four purses...no six...no eight...? Eight huge purses? When I realized she was "holding" aka stealing them from the other women right under their noses and they didn't even see it as they were so enthralled with her. Her grin was huge.

The young woman I was with kept saying she couldn't see her, even when the crowd thinned. I realized that Evil was disguising herself from my young friend. Like a fog. She tossed one last grin over her shoulder at me and disappeared with about ten other young women from the group. Her acolytes.

Later I was walking through the parking lot and there was Evil at the edge. She was sitting on a stump, lazily throwing out some sort of long chain with two huge hooks at the ends—and then reeling it in with her hands, like fishing. She was seeing who she could wound and reel in.

She didn't see me at first, until I caught her hooks and threw them back at her in a ball. She turned to me in surprise, then fury, "You."

She threw out her chain and again I caught it and threw it back at her. Again and again. The air where we were grew dark and heavy. Something worse was coming and I left.

Later I was at work at some sort of grocery store. Evil was there as a cashier—to stir up trouble. There were two managers at the store. One with a blue blazer, big burly guy, kind of neutral. As if he knew who he was, knew his job and was there to do it and go home. The other manager was thin, lots of curly, dark hair. He was in the kitchen doing dishes. He felt downtrodden, used and abused but he was still hanging on by a thread, still trying. He asked everyone in the kitchen if, once he was done, would they please put their dishes in the dishwasher? I could feel his light waning. I walked over and said, "Of course we will. You're doing a great job. Thank you for doing the dishes." With each word I said I could see his light grow a little stronger. I went in for a hug and could see his surprise as I did but he hugged me back. As I held him for a moment, I breathed more light into him until the light radiating from him was pulsing and strong. I stepped back and he smiled at me.

And that was when I realized my part in it all. The reason I was here on the planet. I was here to be the light. Like a nuclear reactor, I was radiating with it and would never be without it. It couldn't be taken from me and I would never run out. All I had to do was share it with anyone who needed it. No strings attached. No expectations. What they choose to do with it was up to them. Just share it, that's all.

Wow, huh? Isn't that a cool dream? And it's a curious dream as I don't believe in the devil. It seems like such a religious construct. I more follow along the the lines of this sweet little children's book called The Little Soul and the Sun which you can read for free here, or buy here. It's always spoken to me, makes sense to me. But I was recently talking to my mom and she asked me an interesting question, "Do you believe in angels?" I do! She asked if I thought angels were human before and I said no. So she said: If there are angels and they are different entities than human, maybe there are evil entities as well. Maybe so.

What are your beliefs?

MEMES OF THE WEEK! 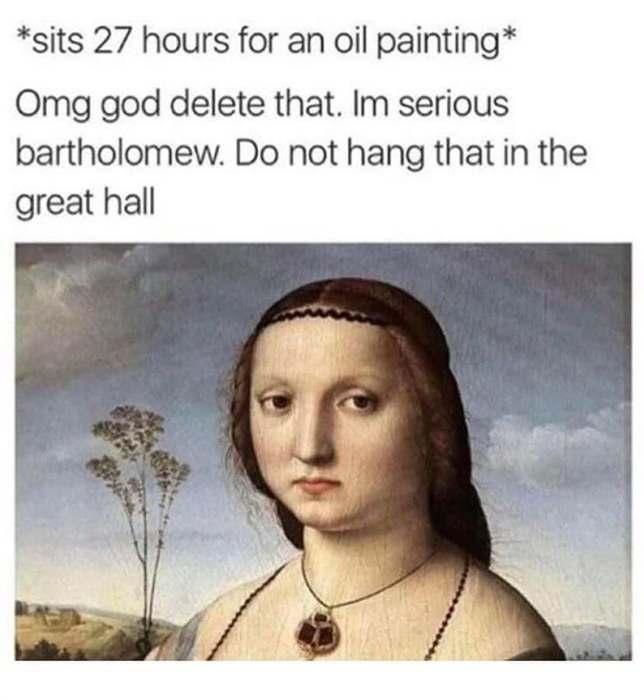 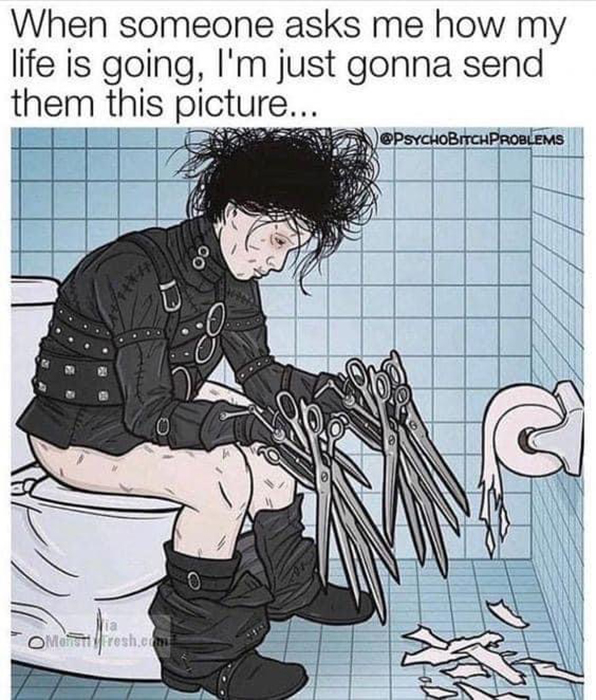 The memes that I needed to see this week, and so of course they were just all around me, yay! Maybe you need them too? 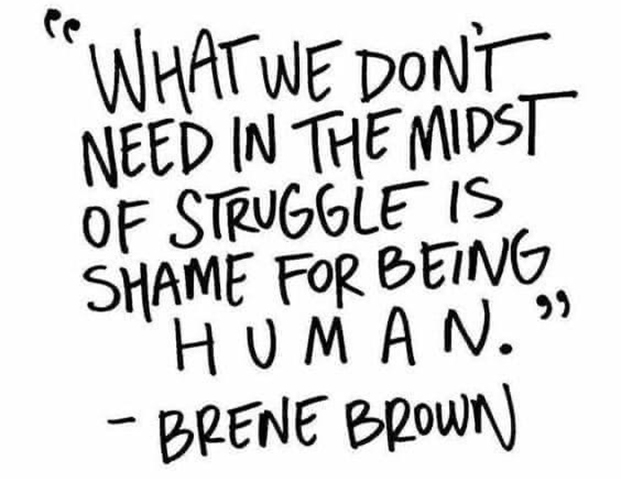 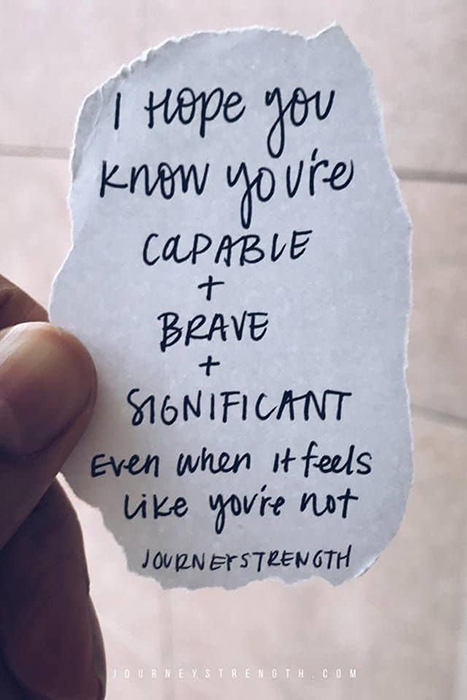 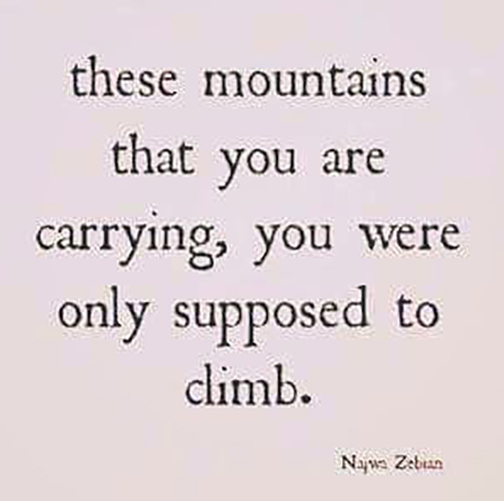 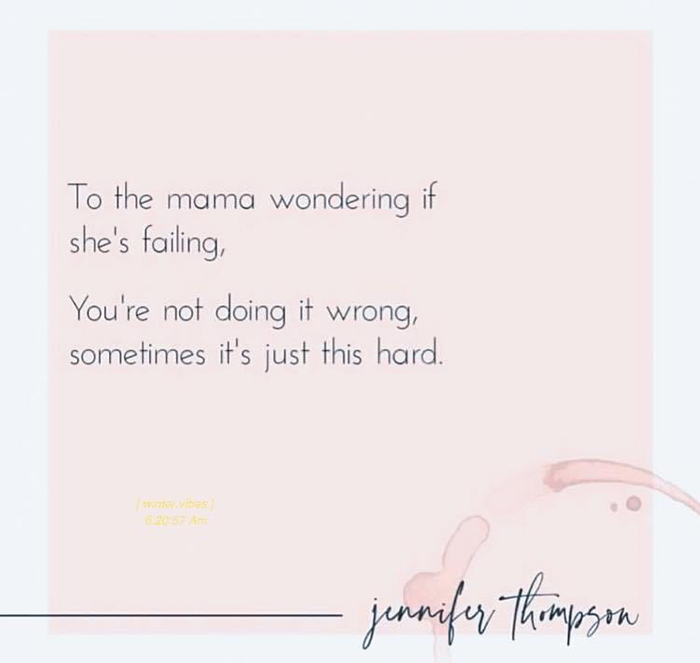 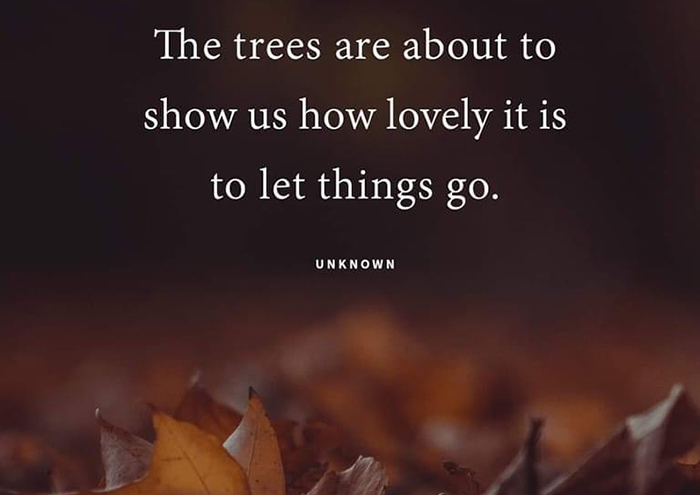 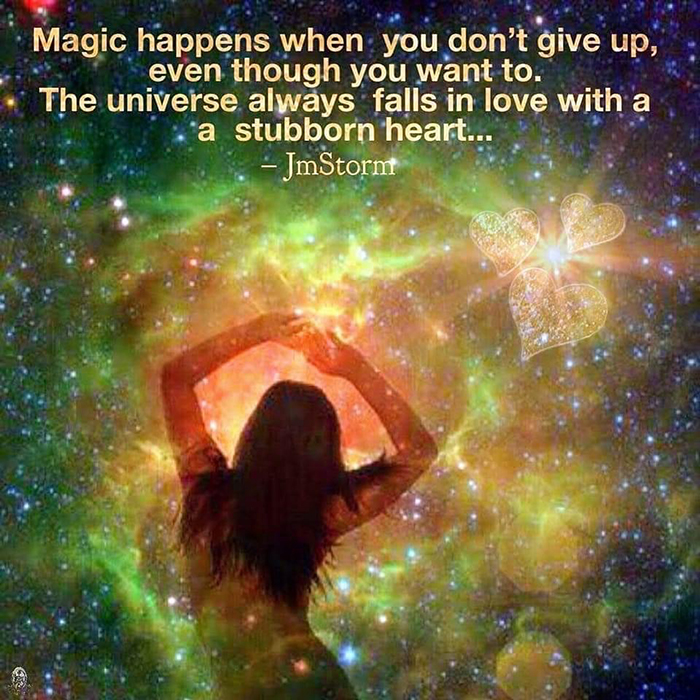 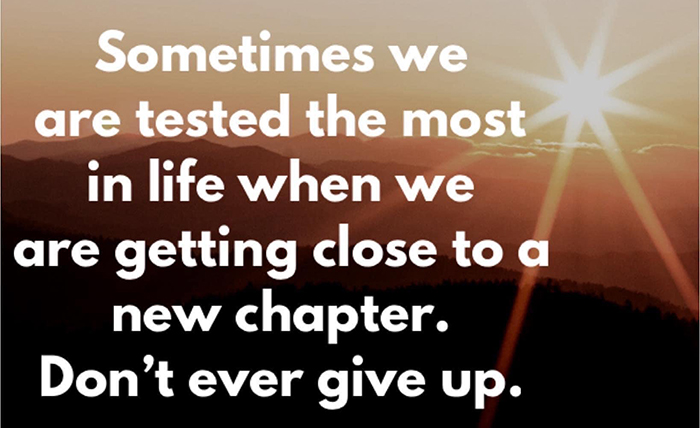 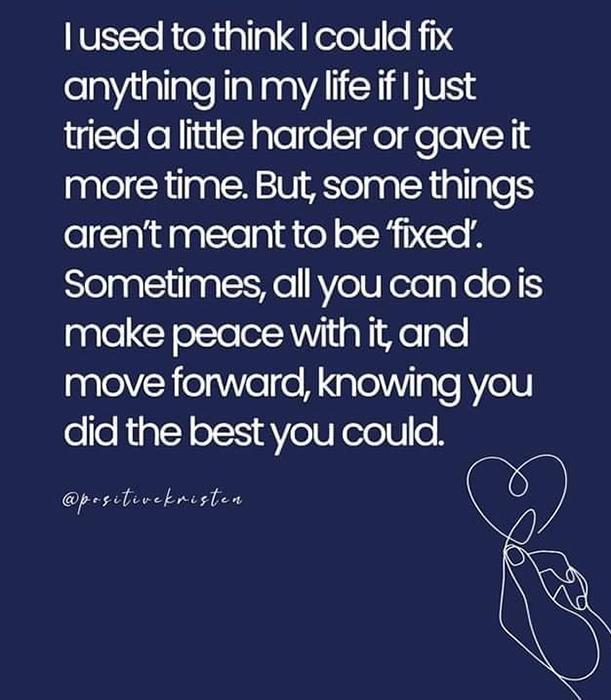 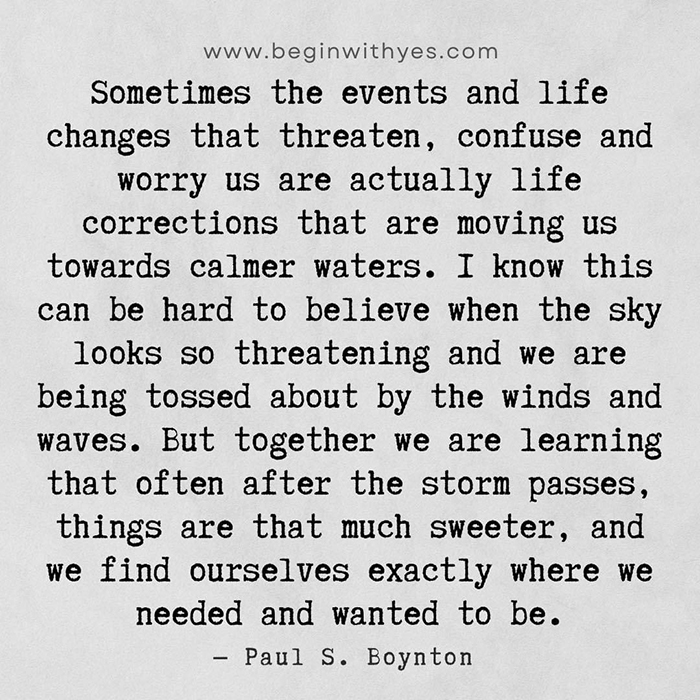 I'm a life coach and partner with horses to help people heal—schedule an Equine Gestalt Coaching session.
Or, schedule a NeurOptimal Neurofeedback session.

Buy a tshirt or a print with my artwork.

Out of state?
Call for Zoom or phone coaching

If you are in my area (Apex, NC and surrounding areas) I'm offering a special deal for you to come try out neurofeedback, coaching, and Reiki!

Please take me up on these—and yes, you can use all three, in fact I encourage it! Doing neurofeedback or Reiki before a coaching session puts you in a regulated state which the animals love and is ideal for the work. Doing neurofeedback or Reiki after helps you process your session :-) so it works either way. The coaching setting is beautiful with the horses, donkey, and goats and in my air conditioned neurofeedback room you have a view of the pond and the wildlife that surrounds it. We are in a covered barn for coaching so are in the shade and out of any rain or weather. Reiki can be inside or outside in the barn, depending on weather and client wishes.

You can read about neurofeedback here!

If a friend forwarded you this email, you can subscribe here. 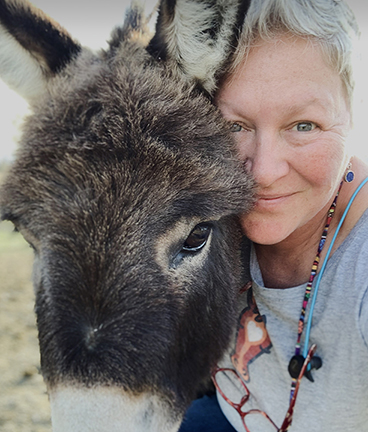 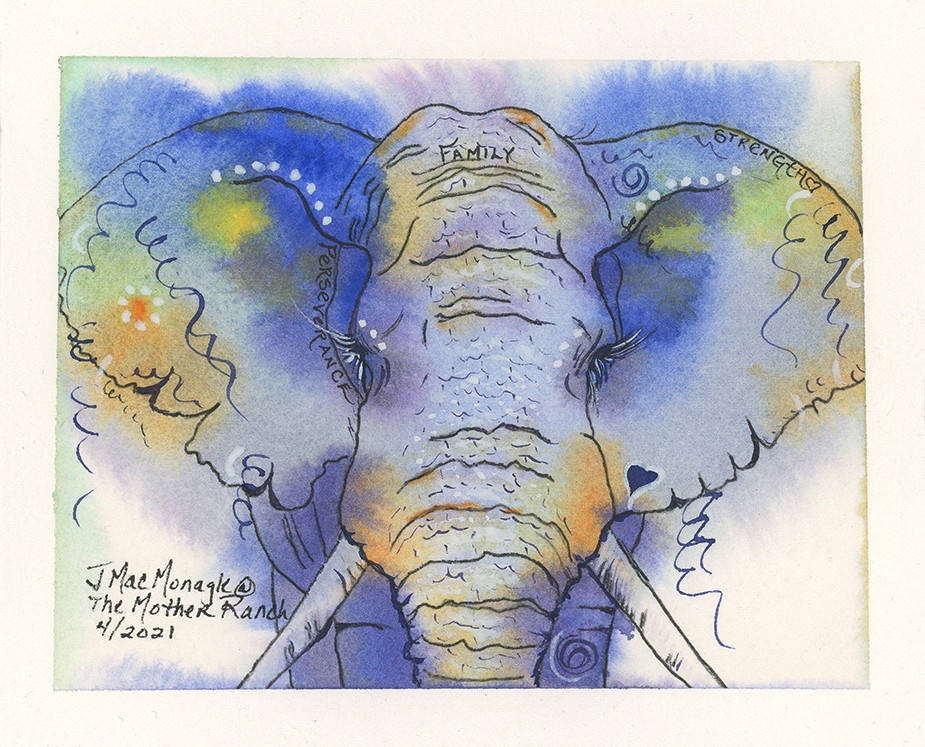